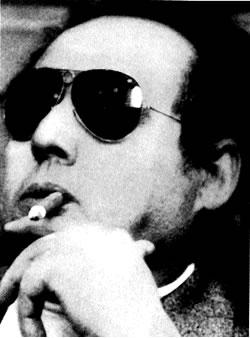 In 1958, Luciano Leggio started a mafia war that lasted five years, and killed more than fifty people, starting with Dr. Michele Navarra, the former boss in Corleone. The victory was short lived, as police swept up dozens of mafiosi from Corleone and Palermo in the early 1960s. Three major trials were held in mainland Italian cities, the first to prosecute mafia members for criminal association. The third of these, the Corleonesi trial, held in the spring and summer of 1969 in Bari, Italy, mainly revolved around Leggio’s war. The charges ranged from criminal association to homicide.

The prosecutor, Cesare Terranova, initially charged 116 people, including one whose name was unknown. Of those, sixty-four went to trial in Bari. Among them is Giuseppe Ruffino, originally from Lucca Sicula, suspected in a triple homicide. Five of his co-defendants are from Palermo. There are a handful from other towns in the province, but the majority, fifty-five of the sixty-four, were born in Corleone: three women and fifty-two men, including Luciano Leggio, Leoluchina Sorisi, Bernardo Provenzano, and Toto Riina.

Of the fifty-five, fourteen are my cousins, some of them admittedly pretty distant ones. The closest relations are the Majuri brothers, Antonino and Giovanni, who are my second cousins, twice removed. Their father, Pietro, and two of their uncles, were active in the mafia in Corleone around 1900. The Majuri brothers are also first cousins, once removed, of Giuseppe Morello. (I talk about my connection to Morello, through the great-aunt Biagia who stayed behind while my ancestors immigrated, in my first entry on this blog.)

Affiliates of both Navarra and Leggio appeared together at the Sicilian Mafia trials. Calogero Bagarella, said to be one of the assassins of the brothers Marco and Giovanni Marino, and of Pietro Majuri, who were all part of Dr. Navarra’s cosca, stood charged alongside the Majuri brothers. Calogero’s father, Salvatore, and brother, Leoluca, were also defendants. After the trial, Calogero Bagarella was among those who executed Michele Cavataio, instigator of an earlier mafia war, in Palermo. In the exchange, Calogero was also killed.

Filippo Gennaro, son of the former capo Michelangelo, was a defendant at Bari. So was Salvatore Briganti, second cousin once removed of “Mr. Vincent” Collura, a suspect in the killing of Placido Rizzotto. Briganti and Collura are related through a common ancestor on their mothers’ sides, named Leoluca Criscione; also charged was Briganti’s nephew, Biagio Criscione. John Follain and Gordon Kerr say Collura and another defendant, Angelo di Carlo, were instrumental in rebuilding the mafia after WWII. Di Carlo, Ruffino, and a third co-defendant, Salvatore Pomilla, all died in custody, awaiting trial.

Toto Riina was a defendant, as were his second cousins, once removed, the brothers Pietro and Giacomo Riina. Giacomo’s wife, Maria Concetta Leggio, her brothers, Francesco and Vincenzo, and their father, Leoluca, were all defendants, too. Francesco Leggio and his wife, Maria Riina, were in a double in-law marriage: she is the sister of Pietro and Giacomo, and Giacomo’s wife is Francesco’s sister. Maria was not charged, herself, but four of her sons were. Despite the common surname, I can find no relationship between Leoluca and Luciano Leggio, going back five generations. The four sons of Francesco and Maria are third cousins of Toto Riina, through their mother. Even the killers and their victims, in this small town, can trace some convoluted relationship: through connections to the Palumbo and Grizzaffi families, the extended Leggio clan, Dr. Navarra, the Majuri brothers, and I are all related.

That summer of love in Bari, an anonymous note threatened the lives of the judge, the prosecutor, and the jury, warning that if even one of the “honest gentlemen from Corleone” were convicted, they would be “blown sky high, you will be wiped out, you will be butchered and so will every member of your family.” The note closed with a supposed Sicilian proverb, “A man warned is a man saved.” All sixty-four of the defendants at Bari were acquitted.