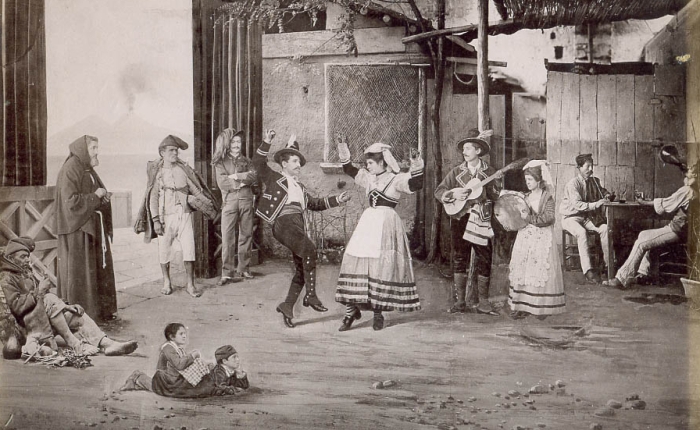 To study mafia marriages, first, you need to find the mafiosi.

See Part 1 of this series.

To study the marriages of Mafia members requires several steps. First, there is the identification of members of a secret, criminal organization. A few, like members of Giuseppe Morello’s family, and the bosses of Corleone, have been written about many times, and a wealth of biographical information is available on them.

The identities of some members of the Mafia are unambiguous: they are named in trial records that give the defendants’ birthdates, hometowns, and parents’ names. Adding to the names of known members are Mafia historians Dino Paternostro, John Alcorn, and Richard Wagner, and others, who have named dozens of mafiosi from Corleone, and the time periods during which they were active, both in Sicily and in the United States.

Following accepted genealogical standards, I have built cases for the identities of over a hundred individuals named in connection to the mafia in Corleone. You can find them on Wikitree, categorized as “Corleone Mafia.” Occasionally, my work overlaps with that of other “Arborists” on the site. I am not the only one who has done genealogical research on, and written biographies for, the many thousands of people from Corleone on Wikitree, but I have done a lot of it. Each profile has a history, so if you’re curious, and a Wikitree member (it’s free to join), you can find out exactly what I contributed and when on the “Changes” tab of any profile. You can also see what I’ve been doing most recently on Wikitree, on my activity feed. For the last several months, much of my activity has been the genealogical research for this consanguinity study.

Of the Mafia members who were either born or married in Corleone, thirty-five of their marriages, performed between 1815 and 1909, were selected for this study. I cut off the study at 1909 because after that year, full marriage records are not available online, making the selection of controls a degree more difficult. The earliest marriages come from the first documented, organized criminals from Corleone that I’ve yet found.

The median year of marriage is 1889. Three of the mafiosi (Nicolo’ Ciravolo, Marco Maggiore, and Giuseppe Morello) married twice, and in each case, both of their marriages are included, so they each appear twice in the test group, below.

Mafia members included in study, with profile IDs on Wikitree

Of the Mafia members included in this study, the oldest are Nicolo’ Ciravolo and Biagio Jannazzo, members of Rapanzino’s gang of cattle rustlers who were nearly all killed by police in 1835. (Real 1836)

Biagio Ciancimino; Luciano Crapisi; Salvatore Cutrera; brothers Antonino and Calogero lo Jacono; Marco Maggiore and his uncle Calogero Majuri (note the two spellings of the same surname); Francesco, Giovanni, and Mariano Mancuso (all three of no known relation); first cousins Bernardo and Domenico di Miceli; and Carlo Taverna; are all named among Fratuzzi membership around 1900, by the journalist Dino Paternostro. (2004)

Giuseppe Morello, his stepfather Bernardo Terranova, and his stepbrother Ciro Terranova, all founding members of the Morello gang in New York, a predecessor of the Genovese crime family, are well documented, most famously by William J. Flynn in “The Barrel Mystery.” (Flynn 1919) Other New York City gangsters from Corleone include the counterfeiter Pasquale Vasi, who is described by Richard Wagner et al (2014), and in contemporary newspapers.

The criminal activities of Carmelo Cascio, Mariano Colletto, and brothers Calogero and Luciano Gagliano, contemporaries of Bernardino Verro, have been written about by John Alcorn and Dino Paternostro.

Fratuzzi bosses Giuseppe Battaglia, Angelo Gagliano, Michaelangelo Gennaro, and Luciano Labruzzo are known from multiple sources, including Flynn (1919) and Paternostro, and from Italian Senate inquest and trial records, which also name Antonino Cascio (a distant cousin of Carmelo) and Francesco Zito. Flynn also describes the young Mafia captain, Paolino Streva, who collaborates as a cattle thief with Morello in Corleone, under Battaglia’s leadership.

Next week, this series continues with more on my methods, including selection of a control group. 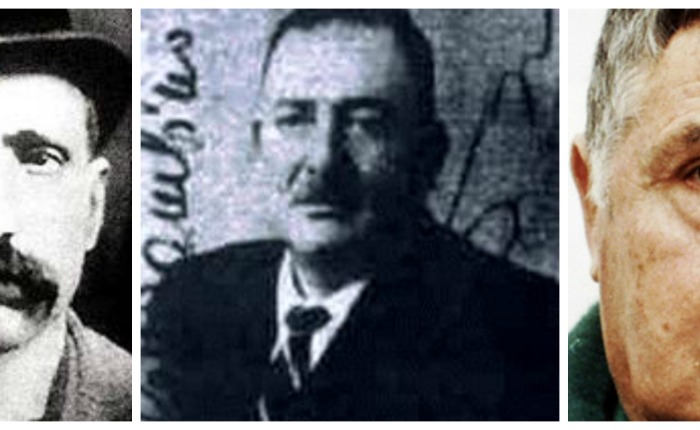 Mafia leadership for the past hundred years in Corleone have all been related to one another, through blood and marriage.

Cattle theft in Sicily, before the twentieth century, was like car theft today, in that it was a crime that required a village. A thief who takes a car needs a network of criminals to help conceal the crime and profit from it. There are chop shops and resellers, those who strip it down for parts or sell it whole. And there are other people who will tow your car away to a lot, and guard it there until you come and pay a fee to get it back. In either scenario, criminals need places large enough to secure large items away from their owners, until such time as they can be liquidated or redeemed.

Paolino Streva, with the help of one of his subordinates, Giuseppe Morello, was stealing cattle, using his network of resources for this complicated crime. The job of the guard Giovanni Vella, was to find the stolen cattle and deal with the thieves. He might do this by negotiating a return of the cattle to their owner—this was a standard practice—or by killing the thief. Vella believed Streva and Morello were behind the large number of cattle thefts that year in Corleone. Given Streva’s social position, however, murdering him was out of the question.

The Mafia boss at that time, Salvatore Cutrera, and his nephew, Paolino Streva, were among an elite of landowners in Corleone in the late 1880s. Despite his age—Streva was only nineteen in 1889—he was one of his his uncle’s chief subordinates. When Giuseppe Morello rose in the Corleonesi mob, it was under Paolino and Cutrera. According to William J. Flynn, Morello killed the guard, Vella, and following that, killed again, to silence a witness to his crime.

When Paolino was 23, he married his first cousin once removed, Anna Giovanna Streva. Anna was just fifteen, and an orphan, the ward of her uncle Angelo. Anna’s father, who was also called Don Paolo Streva, married the mother of his children on his deathbed. Four years later, the witnesses at Anna and Paolino’s marriage were a student, Filippo Bentivegna, who would become a doctor, and Giuseppe Battaglia, the new boss in Corleone.

Battaglia is distantly related to future bosses Angelo Gagliano and Michele Navarra through his wife, Maria Rosa di Miceli, a second cousin of Gagliano’s mother, Leoluchina lo Bosco. Battaglia was boss until 1920, when he was succeeded by Michelangelo Gennaro. Michelangelo Gennaro is related to known mafiosi through both of his parents. On his father’s side, he’s the nephew of Cutrera by marriage. On his mother’s, he’s the first cousin of Don Antonino Cascio.

Don Antonino comes from a line of landowners. He was a witness at the wedding of Dr. Michele Navarra’s parents. And he is called a “capofamiglia” in a 1962 Italian Senate hearing. His daughter, Tommasa, married Dr. Navarra in 1936.

Antonino’s wife, Rosalia di Miceli, is his first cousin, once removed. Rosalia’s sister, Giovanna, was married to Angelo Gagliano, a powerful, and violent, mafioso with business on both sides of the Atlantic. He’s also the uncle of Michele Navarra.

Gennaro served for four years as the head of the Corleonesi Mafia, and was followed by Angelo Gagliano, who was killed in 1930. Before his death, it’s possible there was another boss, Dr. Marcellino Benenti. After 1930, the boss in Corleone was Don Calogero lo Bue, gabellotto of the Donna Beatrice estate. Calogero was married to Giovanna Lampo, who was a second cousin of the di Miceli sisters, and the third cousin of Michele Navarra. He ruled until his natural death, from diabetes complications, in 1943. Thereafter the boss was the hospital director and son of a teacher, Dr. Michele Navarra. Through Navarra’s second cousin, once removed, Lucia Cannaliato, he is related, somewhat distantly, both to Michelangelo Gennaro, another second cousin, once removed, from Lucia, and to Toto Riina. Lucia’s husband, Giacomo Riina, was Toto’s great uncle. Navarra was assassinated in 1958 on the orders of his successor, Luciano Leggio.

Luciano Leggio’s grandfather, Girolamo, had a sister in law, Biagia Cascio, who was a second cousin of Michelangelo Gennaro and Antonino Cascio. Leggio ran the mafia in Corleone until he was imprisoned in 1974. From then until his 1993 capture, Toto Riina was the boss. Toto’s brother, Gaetano, assumed leadership, and was himself arrested in 2011, at the age of 79.

Mike Dash. “The First Family: Terror, Extortion and the Birth of the American Mafia.” Random House, 2009. 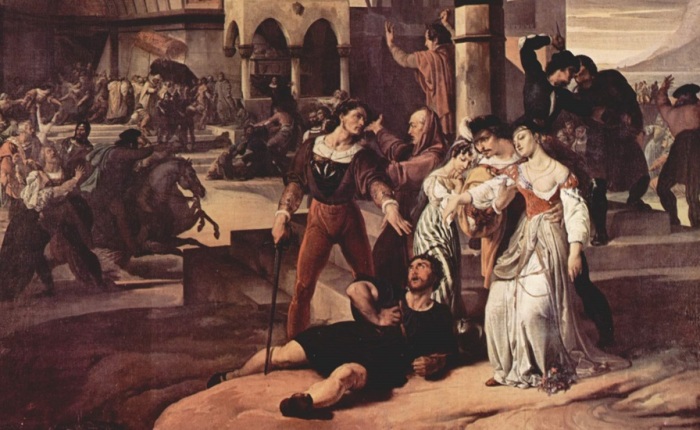 “Mafia” is a feminine term that means beautiful and proud. Paradoxically, women are both essential to and excluded from the criminal organization.

At the turn of the twentieth century, the mafia in Corleone was led by members of a new agrarian bourgeoisie (“nuova borghesia agraria”) of estate managers for absentee landlords. Author and labor organizer Dino Paternostro names three dozen in leadership of the Fratuzzi (“little brothers” in local dialect) around 1900. Many of these men are closely related, often through maternal lines and marriages. Arguably, some of the most important relationships a Corleonese man had, in this time, were his in-laws and maternal uncles.

Under Giuseppe Battaglia, the boss around 1900, the Fratuzzi were headed by Michaelangelo Gennaro, who was the nephew of former boss Salvatore Cutrera. Sources vary in describing their relationship, with some calling him the grandson of Cutrera. Salvatore was, in fact, Michaelangelo’s uncle by marriage: to Maria Carmela Gennaro, Michaelangelo’s paternal aunt. They married in 1859, six years before Michaelangelo was born.

In the next generation, Gennaro was replaced by Luciano Labruzzo and Giuliano Riela, a man from San Giuseppe Jato. Riela married into a well connected family. Salvatrice Cascio, my first cousin three times removed, was related to power on both sides of her family. On her mother’s side, she was Michaelangelo Gennaro’s niece.

Women have never been part of the formal organization except symbolically, but their real-life relationships are part of the essential glue that holds the mafia together. There’s a clear pattern of inheritance, not only from father to son, but through men’s maternal uncles. From one century to the next, even while the Sicilian mafia is evolving into an international crime syndicate, it remains traditional in this regard. This is one of the ways the mafia makes itself inextricable from daily life, by leveraging the power of family. One’s in-laws are also one’s sworn allies and business partners. They’re the people most likely to help you find a wife, further cementing loyalty. Even more common than cousin marriage, in my own family, are such double in-law marriages as those among Salvatrice Cascio’s siblings. Her sister, Angela, married Carlo Taverna, who is also named among mafia leadership in Corleone at this time. Their brother married Carlo’s sister.

Dr. Michele Navarra, born in 1905, was the son of a teacher with no family history of mafia involvement. On his mother’s side, however, his uncle by marriage was Angelo Gagliano, who is also named in Paternostro’s article. Gagliano, an associate of Giuseppe Morello’s and a capo in the Corleone mafia, is described as a particularly violent criminal. He appears to have been a successful one: Angelo can be found traveling to New York in 1899, carrying $1,000, which is worth more than $28,000 today. In New York, he owned a car wash where Jack Dragna claimed to work. Before long, Angelo returned to Sicily and married the daughter of another known mafia leader, his godfather, Bernardo di Miceli.

Angelo was indicted for attempted murder in 1910, and acquitted of the murder of labor organizer, Socialist mayor—and Fratuzzi member—Bernardino Verro in 1915. In 1928, a time when the fascists were rounding up hundreds of suspected mafiosi, Gagliano was acquitted of Verro’s murder. Two years later he was killed, at age 68.

The mafia dynasties evident at the turn of the century, continue for at least another generation. In 1936, Navarra married his first cousin, Tommasa Cascio. Like Salvatrice and Angela, her second cousins, Tommasa was from the “new agrarian bourgeoisie” in Corleone.